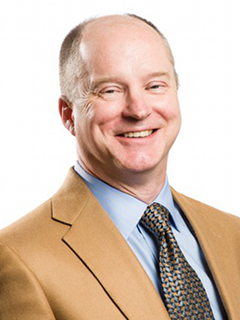 Charles McFarland is The Corporate Theatre’s lead in North America. Charlie grew up in Stratford-on-Avon in England of Canadian parents and received his B.A. and M.A. from the University of Cambridge. An award-winning theatre director and performing arts executive, Charlie has spent the last two decades using the power of the arts to inspire individuals and companies to grow in strength, depth, and character.

Beginning his career as a director, Charlie founded a number of theatre companies (including the Ottawa Shakespeare Company), created funding programs and policy (Canada Council for the Arts), as well as serving as an artistic and managing director for several performing arts organizations. In addition, he has worked in opera (the Canadian Opera Company Ensemble’s first stage director) and spent three seasons at Canada’s Stratford Festival.

Certified in Management by the Canadian Advanced Technology Alliance, Charlie has used his skills in programming, marketing, branding and sales to generate significant revenue increases for a number of theatre companies and performing arts centres. Among other achievements, teams and campaigns led by Charlie have been responsible for building numerous performing arts facilities in Canada’s capital over the last decade.

For the past two years, he has been building his practice as a Certified FocalPoint Business Coach, combining the #1-ranked business coaching and training services franchise of Brian Tracy with the creative ‘frame’ that brings arts practice into business development.

Based in Toronto, he spends significant time in Raleigh NC (USA) and is a frequent returnee to the U.K.

Who or what inspires you?
Most of all, Shakespeare. Or, should we say, what made Shakespeare “Shakespeare”? I asked the question, why did he emerge (of all his contemporaries, or even his great antecedents or those who came after him) as the greatest writer of the human condition, still performed four hundred years later? And the answer came to me, because he was uniquely connected to his audience, his market, precisely because he was one of the few who was indeed a businessman. One of the ‘sharers’ in his theatre company, he produced, wrote, acted, and directed on an incredibly successful commercial model. So there’s an interesting connection between what we term ‘artistic excellence’ (to the highest degree) and being an unashamedly for-profit enterprise.

What’s your take on ‘business in the arts and the arts in business’?
As I went from leadership in the ‘arts world’ into the business community I was struck not by their supposed differences but their similarities. Remembering Stephen Covey’s principle of ‘the two creations’, imaginative and practical, I realized that entrepreneurship and corporate leadership are essentially creative endeavours.

When I reconnected with The Corporate Theatre after many years, I rediscovered that the conversation about the reinvention of the organization and the inspiration of true leadership – and its implementation in ‘the new now’ of business – is indeed situated in the application of the humanities and performing arts practice in what we call Inspirational Engagement.

What do your decades of experience as a theatre director bring?
I always say that what a Cambridge (literary) education gave me was the ability to truly read a play in all its myriad social, political, and historical contexts. What I do as a stage director is work both with writers (what’s the dramatic arc of the script? of each character?) and actors (how are we sharing the story with the audience?) and then of course in project managing diverse and complex teams in design, production and marketing. You can see that works as a paradigm for discovery, vision, shape and communication in business and indeed in sales.

What’s in it for business?
This connection between creativity and business goes even further. There’s a lot out there, these days, in the ‘creativity’ space, in terms of research and writing. For instance, I’ve found Csikszentmihalyi’s ‘system’ idea very helpful, that creativity results from the interaction between three things: an ‘individual’ in relation to the ‘domain’ (which is the area of the creative endeavour, whether it be a science, business or art form) and also the ‘field’ of ‘experts’ or gatekeepers who decide what’s admitted to the ‘domain’ and by what measure.

So if we look at creativity and the organization, which is my particular interest, you can see how this works when you develop the purpose, values and principles of the corporation with visionary leaders who empower their teams to go out into the market with inspirational stories. Which is where The Corporate Theatre’s unique “Authenticity, Empathy, Creativity … and Courage” model comes in.

Tell me something about you that nobody knows.
The first show I was actually paid to direct – a play the Cambridge Footlights took to the Edinburgh Fringe – had Emma Thompson and Hugh Laurie in the cast. We knew they were stars in the making even then.