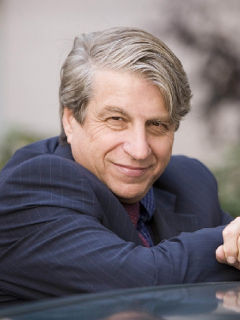 An internationally renowned political theorist Benjamin R. Barber is a Senior Research Scholar at the Center on Philanthropy and Civil Society, The City University of New York, Founder and President of CivWorld, and Walt Whitman Professor of Political Science Emeritus, Rutgers University. Formerly, Barber was Distinguished Senior Fellow at Dēmos and Kekst Professor of Civil Society, University of Maryland.

Dr. Barber brings an abiding concern for democracy and citizenship to issues of politics, culture and education in America and abroad. He consults regularly with political and civic leaders in the United States and around the world and spent five years as an informal advisor to President Clinton. He has combined a career as a distinguished scholar and political theorist with a life of practical commitment to democratic civic practices and the arts that has given him widespread experience as a fundraiser, administrator, public speaker, educational & political consultant and television & theater writer.

Benjamin Barber's 17 books include the classic Strong Democracy (1984), reissued in 2004 in a twentieth anniversary edition; the international best-seller Jihad vs. McWorld (1995 with a post-9/11 edition in 2001, translated into twenty-seven languages) and Consumed: How Markets Corrupt Children, Infantilize Adults, and Swallow Citizens Whole (published in 2007 by W.W. Norton in the United States and in seven foreign editions). The paperback edition of his controversial Clinton memoir The Truth of Power: Intellectual Affairs in the Clinton White House was published in 2008.

Barber's honors include a knighthood (Palmes Academiques/Chevalier) from the French Government (2001), the Berlin Prize of the American Academy of Berlin (2001) and the John Dewey Award (2003).

Barber is a regular commentator for National Public Radio’s Marketplace and his blog can be found on The Huffington Post. He has written for numerous newspapers and magazines in the USA, UK, and Europe as well as having been founding editor and editor-in-chief of the distinguished international quarterly Political Theory. He holds a certificate from the London School of Economics and Political Science and an M.A. and Doctorate from Harvard University.