The Scent of a Woman.

Dec 02 Posted by Martin Best in Inspirational and Transformational Moments 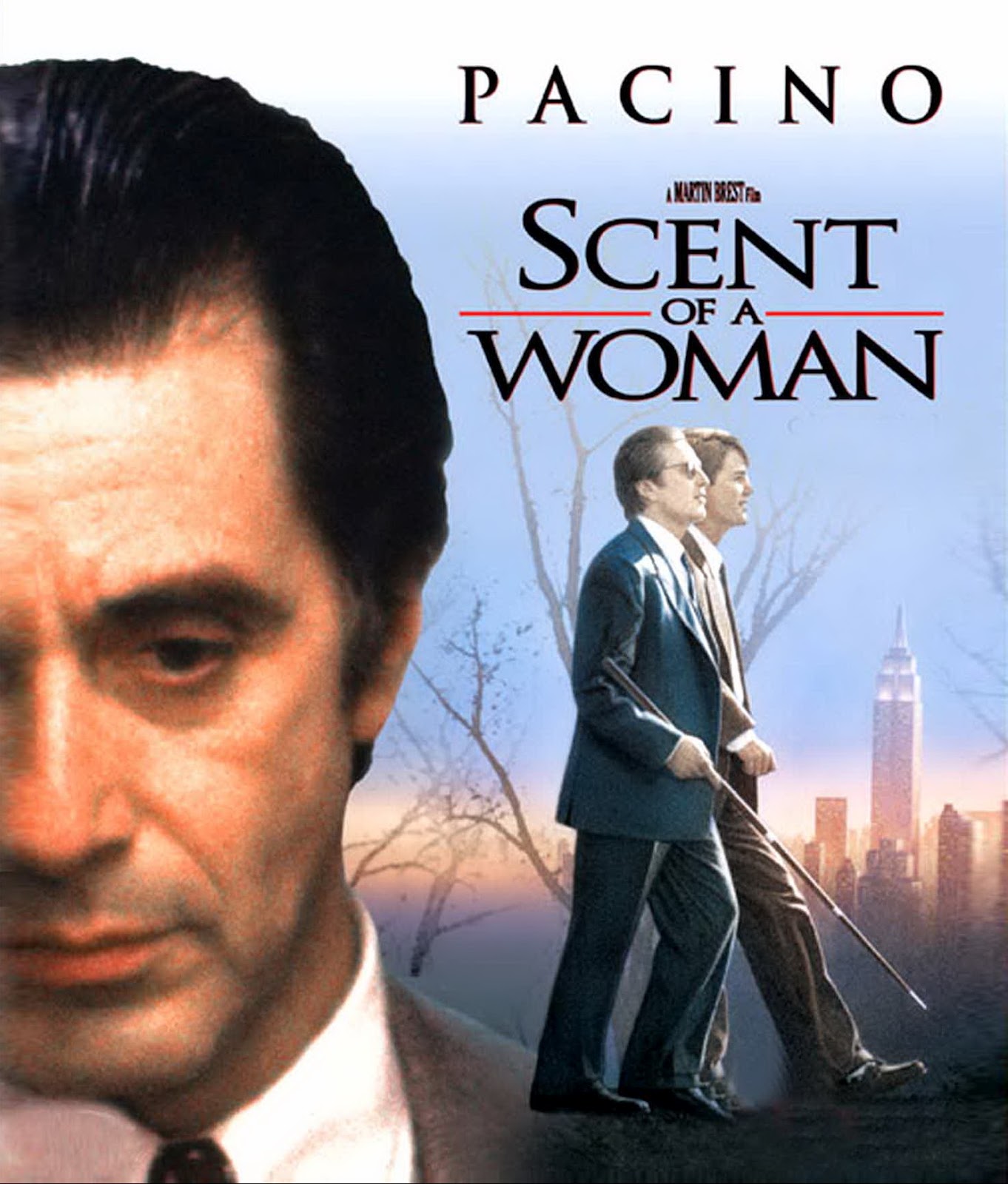 This lesson is often the trickiest one to learn, because the conscious application of Presence means navigating a new awareness of something that has always come naturally, and it feels uncomfortable until it becomes a habit. Nonetheless, it is the key to public inspiration, and it is beautifully exemplified in the film Scent of a Woman.

This film tells the tale of a disgraced man, the blind Colonel Frank Slade, who relies on his blindness to create the fiction that he is some kind of war hero. He actually lost his sight in a foolish escapade with a hand grenade. He has long despised this façade, which has cast him into a depression so deep that he decides to indulge in a final weekend of spectacular extravagance before blowing his brains out.

As he needs a guide to accompany him, he hires a young scholarship student at an exclusive school, name of Charlie, who is in the middle of a crisis of his own: he has been given the choice to either inform on some friends who played a serious prank on his headmaster, or be denied his chance to go to Harvard.  Slade learns of Charlie’s predicament and jibes cynically at him the whole time they are together.

Things come to a crisis when Charlie saves Slade from his suicide attempt in a momentous tussle over the sidearm. Slade comes to his senses and returns Charlie to his school, where he faces immediate interrogation by the aggrieved headmaster about who played the prank on him. Charlie takes his place on the platform of the Great Hall of the school, knowing that if he is to save his future he must betray his friends and his own integrity.

Suddenly, we see Slade entering the Great Hall, guided by his driver. He takes his place next to Charlie and we realise that he’s come to defend him. It seems that just as he was about to leave the school grounds, his experience of Charlie’s courage in rescuing him from suicide awakened the Mind, Heart and Soul in him that had been so long suppressed by his life of sham. Slade’s ego is unthroned, and he has found his own courage.

In one of the great scenes in movie history, we now witness Slade applying his breath, voice, diction and posture to shift his receptors into transmitters like the sun powering up the dawn. His experience of Charlie’s predicament has infused his Mind, Heart and Soul, and his natural bombast is transformed into a public declaration of Authenticity and Empathy. The Creativity that helped him to lie is now his engine of truth. The school disciplinary committee overrides the headmaster, the crowd erupts, and Charlie is saved. But not only Charlie: Slade is saved as well. In the act of inspiration, his flaws are redeemed.

It is the mechanics of inspiration that bring about this outcome.